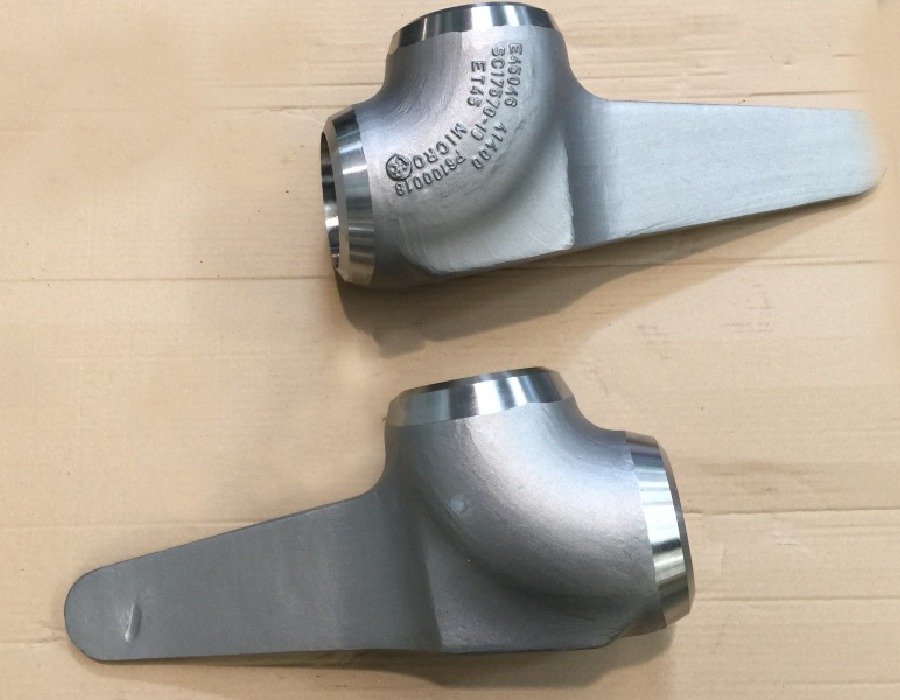 Fittings in the Oil & Gas industry

What are fittings used for in the Oil & Gas industry?

Fittings in the Oil & Gas industry, are used in piping systems to connect straight sections of pipe. These are adapted to different shapes or sizes, so that each pipe segment ensures that at the end of the connection all kinds of fluids can pass through the pipe: from gasses to liquids.

If a fitting is not properly positioned or attached to its corresponding pipe, it can cause leaks in the transfer of the fluid that passes through the pipes. A leak in a pipe can cost a lot of money, especially if it is a small work.

There are different types of fitting, but they all fulfill the same function: they help the piping system find the directions it needs to perform correctly.

Fittings within the Oil & gas sector, such as tees and flanges, are important segments that dominate the oil and gas market. They are used in upstream, midstream and downstream applications.

Different types of fittings are used in piping systems and there are various pressure ratings for these pipe fittings, ranging from 150 PSI to 3000 LB.

Below is detailed a list of the main fittings that are commonly used in piping projects:

Pipe elbow, is a pipe accessory used in piping systems to connect two pipes of the same or different nominal diameter. It is bent at an angle to allow straight pipes to meet at an angle, thus performing a change of direction.

It allows to modify the direction of the pipe with ease. The two most common types of elbow are 90° and 45°. However, it can be trimmed to any degree. Elbows come in two different radius types: short radius (1D) and long radius (1.5D).

Of all the pipe fittings, the pipe elbow is the most widely used, in a variety of applications in industries such as electric power, marine, heating, papermaking, metallurgy, petrochemical, chemical, oil&gas, etc.

90 degree elbow, used to connect pipes at a 90° angle. As the name suggests, the elbow is always in the shape of a right angle. This type of elbow is also known as “90 bends or 90 elbows.” This is a pipe mounting device that is bent in such a way that it produces a 90° change in the direction of fluid/gas flow in the pipe.

To change the direction of the pipe 45°, a 45° elbow is inserted between the pipes.

The centerline radius of a short radius elbow is the same as the nominal pipe size, or one times the pipe diameter. In applications where space is limited, short radius elbows are used. However, due to a rapid change in flow direction, it has a high pressure drop.

90° Reducing Elbows are used to alter the direction of a pipe while reducing its size in a piping system. The reducing elbow replaces a pipe fitting and reduces welding time by more than a third. In addition, the constant decrease in the diameter of the decreasing bend over its arc minimizes the resistance to flow and decreases the influence of the current turbulence and the probable internal erosion. These features prevent the line from experiencing significant pressure drops.

Pipe bend is a piece of pipe that is bent at an angle to join two pipes. It can have almost any radius and angle of curvature. Elbows generally have a radius of curvature of 1.5D or 1D (here, D stands for the nominal diameter of this elbow) which is called “Long Radius Elbow (LR Elbow)” or “Short Radius Elbow (LR Elbow)”. MR)”. 30 degrees, 60 degrees, 180 degrees or other angles.

In fluid transportation lines, long radius pipe elbows are used. The pipe elbow has minimal pressure drop due to its long radius and continuous change of direction, allowing for a smooth flow of fluid. Three-dimensional (3D) and fifth-dimensional (5D) pipe bends are widespread.

Miter Bends are made of pipes and are not normal pipe fittings. Because oversized elbows are expensive, they are generally recommended for sizes 10″ and up. Mitered bends are only allowed on low pressure water lines. Miter bends can be made in two, three, or five parts.

Pipe tee is a type of fitting or connector used to join two or more pipes together. These fittings join two pipes or tubes at a 90 degree angle and are named for their T-shaped appearance. It is one of the most versatile piping systems connectors and is widely used in residential, commercial and industrial applications.

The branch diameter on a reducing tee is smaller than the main pipe diameter.

Barred tee are pipe fittings with two outlets, one at 90° from the connection to the main line that has small holes. Barred tees can be fabricated and are used to connect two pieces of pipe or fittings.

It is a particular accessory that looks like a small Y. It has three 45 degree openings. They are used to join vertical and horizontal lines.

This shape reduces turbulence and friction, which can obstruct flow.

Known as four-way fittings, they have one inlet and three outlets and often feature soldered or female threaded ends. The ends are set at 90 degree angles and the threads are designed to create a stable grip and secure connection to male pipe fittings.

They are commonly used in the fire water sprinkler system.

A pipe reducer reduces the diameter of the pipe. In pipelines, there are two types of reducers: concentric and eccentric.

They are used to join pipe sections or tube sections on the same axis. The concentric reducer is cone shaped and is used when there is a change in diameter between the pipes. For example, when a 1″ pipe is converted to a 3/4″ pipe and the top or bottom of the pipe does not need to remain level.

Concentric reducers are used when the center lines of the largest and smallest pipes must remain the same.

The center of both ends of the eccentric reducer is on a separate shaft keeping the BOP (bottom of pipe) height of the pipe constant. Eccentric reducers are required when one of the outside surfaces of the pipe must remain the same.

Swages are similar to reducers, but are smaller and are used to join larger pipes. They exist in concentric and eccentric varieties, just like reducers.

The end of a pipe is covered by a cap. Pipe caps are used at the impasse of the piping system. It is also used for future connections in pipe headers.

They are essentially a flange piece that are used on short ends but are covered by ASME B16.9, so they are called pipe fittings. The stub is butt welded to the pipe in this flange shape, but the flange is free to ride on the end of the stub.

In small bore low pressure pipelines where pipe disassembly is required more frequently, unions are used as an alternative to flanged connections. A union is made up of three parts: a nut, a female end, and a male end. The nuts also provide the necessary pressure to seal the connection when the female and male ends are joined.

They are pipe fittings that help extend or terminate sections of pipe. These fittings are also used to change the size of the pipe and to repair a broken or leaking pipe. Most installations require several lengths of pipe to be joined or cut to facilitate changes of direction and crossing obstacles.

There are three different types of couplings:

A nipple is a cylindrical part with a male thread at both ends or just one. It is used to join two other accessories. The pipes, hoses and valves are all connected with nipples. Low pressure pipes use pipe nipples.

Threaded and welded pipe fittings are forged products with different pressure and temperature ratings. Various sizes are available ranging from 1/8” to 4” NPS.

There are four pressure and temperature rating classes available for these fittings:

The material used to make a pipe is often the deciding factor in the selection of the pipe. Pipes are made of various materials, including:

Tube and pipe fitting bodies are often made of the same material as the tube or pipe they connect. Any materials permitted by, health or construction networks can be used, but they must be consistent with the other materials and with the fluids that are  being transported as well as with the internal (as well as external) temperature and pressure. The choice of materials for pipes and fittings is also influenced by aspects such as fire resistance, mechanical strength, earthquake resistance, and others.

Since its birth, Asimer Group has grown from a supplier of stainless steel components to a provider of system solutions, and an engineering company, which collaborates with its customers in product development.

Currently, Asimer Group actively participates in the piping systems market for the petrochemical industry, with the development and machining of different fittings (in their different types, qualities and sizes), for the most important companies in Europe.

We are a very reliable partner,given our strong customer and service orientation, starting with technical advice, continuing with mechanical manufacturing, and ending with final delivery.